Alongside its work with masks, in 2016 the Kulunka theatre company also started exploring new formats, staging Edith Piaf, Taxidermy of a Sparrow by the prolific Ozkar Galán, under the direction of Fernando Soto and José Dault.

The show formed part of Madrid’s Teatro Español programme in January 2017, enjoying full houses right from the very first performance and proving extremely popular with both audiences and critics alike. Moreover, it has toured all over Spain, giving over 50 performances, and participated in the 2017 Quijote Festival 2017 in Paris.

Due to her masterful portrayal of Edith Piaf, Garbiñe Insausti was shortlisted for BEST LEAD ACTRESS at the MAX 2017 Awards.

“EDITH PIAF. Taxidermy of a Sparrow” narrates a fictitious encounter between Camile Schültz, a photographer specialising in photographing animals, and the great diva, Edith Piaf. The controversial interview between these two strong-minded women oscillates between comedy and drama.

The play minutely dissects the origin, nature and necessity of creating and believing in myths, while at the same time questioning the journalistic ethics of the tabloid press. It is an emotional, musical journey charting the events which resulted in the rise and subsequent decline of a star, a goddess–’albeit with feet of clay’.

“Garbiñe Insausti is a fantastic Piaf, all aura, light and passion, never letting her guard down. We had witnessed Insausti’s outstanding talent in masked theatre (André & Dorine), but seeing her with her face unmasked was a highly gratifying eye-opener.”

“Garbiñe Insausti is Edith Piaf, and Edith is Garbiñe. Prodigious transubstantiation, thanks to Insausti's prodigious voice. And her deliciously icy and evil journalist executioner (Lola Casamayor).”

“Garbiñe Insausti is a fantastic Piaf, all aura, light and passion, never letting her guard down. We had witnessed Insausti's outstanding talent in masked theatre (André & Dorine), but seeing her with her face unmasked was a highly gratifying eye-opener.”

“Pain and more pain masterfully embodied by Garbiñe Insausti, who gives a truly marvellous performance, bringing Edith Piaf to life. And opposite her, a superb Lola Casamayor, one of the great dames of Spanish theatre. No words are sufficient to describe the talent and elegance of this outstanding actress, who is able to express anything and everything with her piercing gaze. It is always a pleasure to see her on stage.”

“Lola Casamayor, who plays Camile Schültz, is a lifeline for any production, an actress who never fails to deliver the goods and who everyone wants in their play: she has a special ability to create strong yet human characters, without striving to be the villain, or to seem like a villain at all, letting all the sensitivity of the journalist flourish and develop.”

“And to top it all, the performances of Lola Casamayor (always superb) and Garbiñe Insausti, who demonstrates here her mastery of text-based as well as masked theatre–no mean feat.” 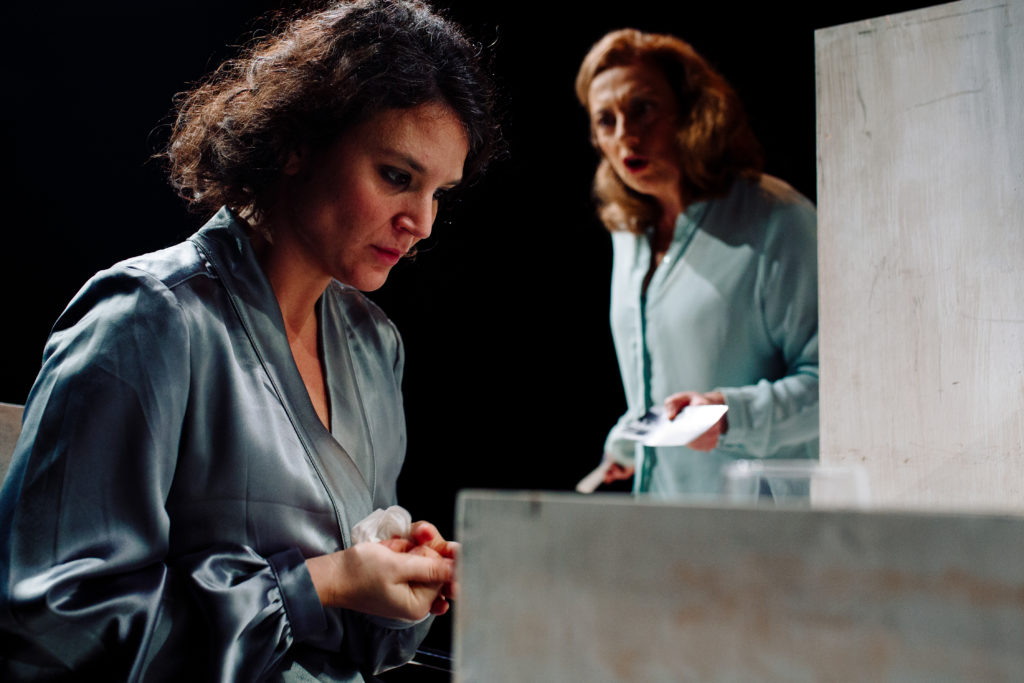 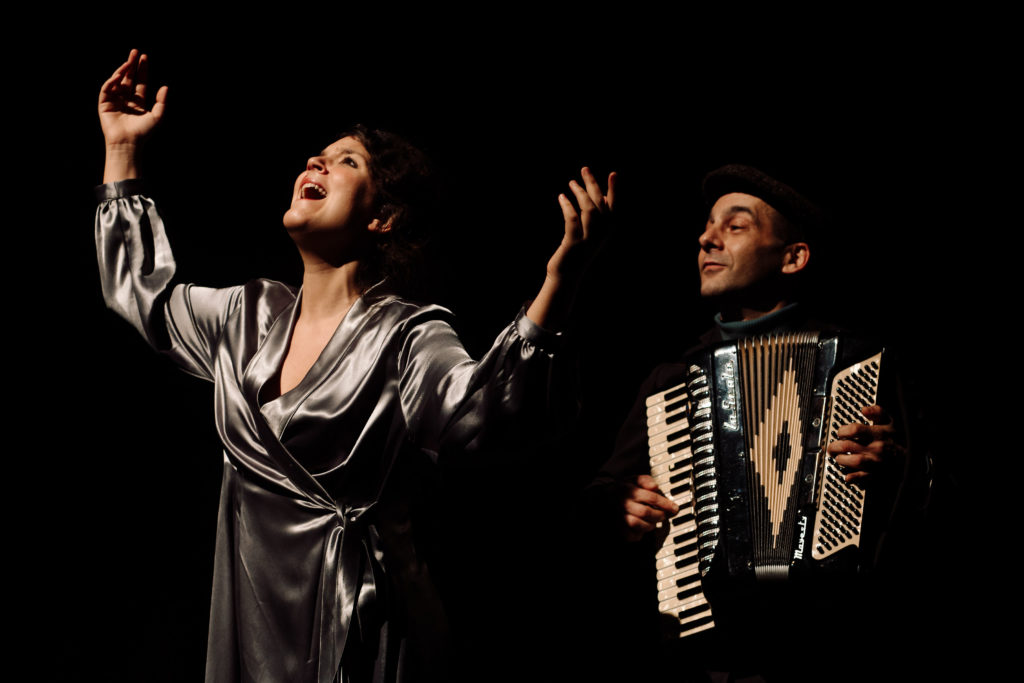 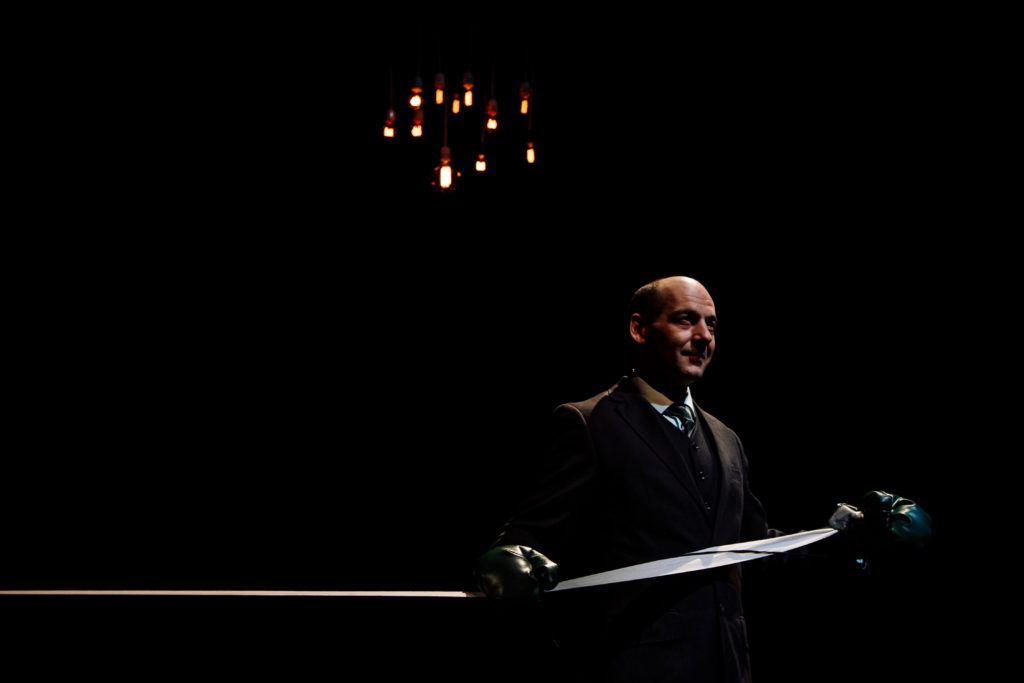 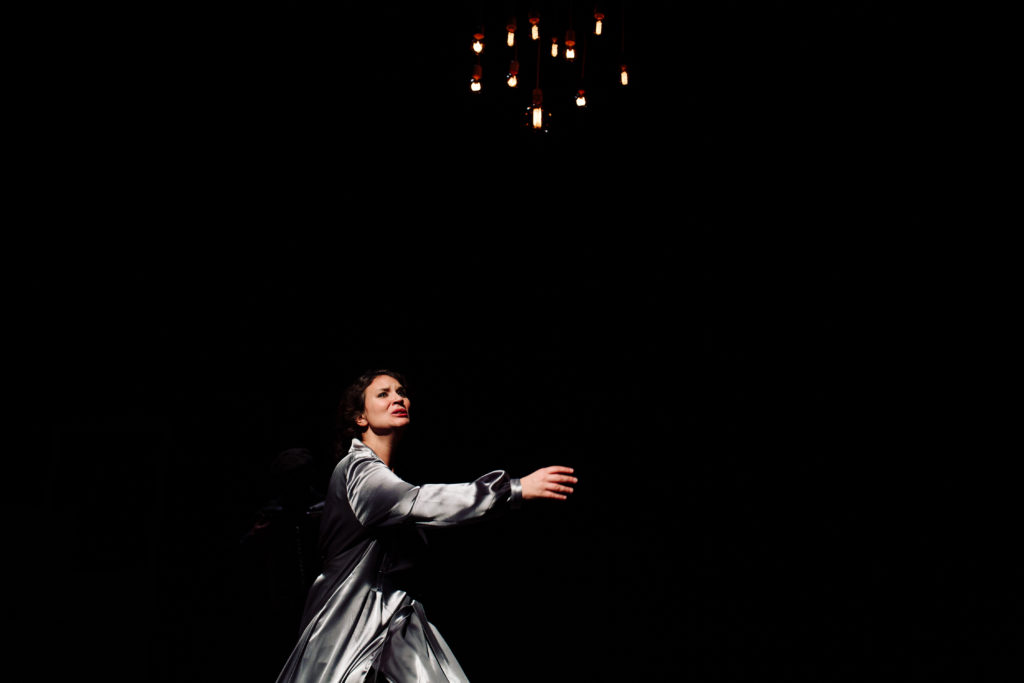 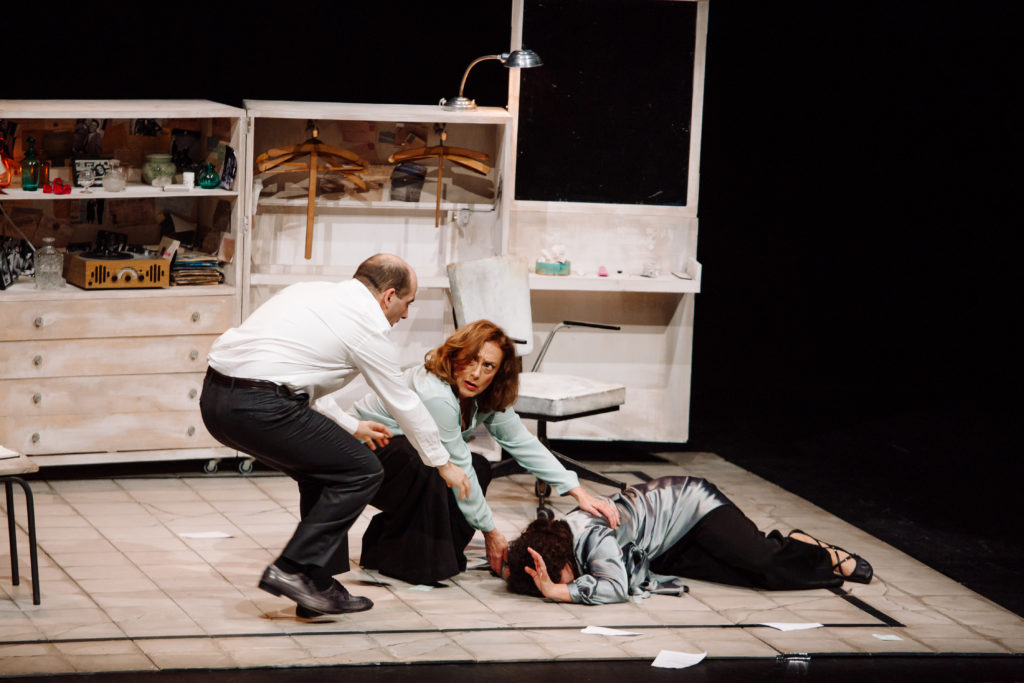 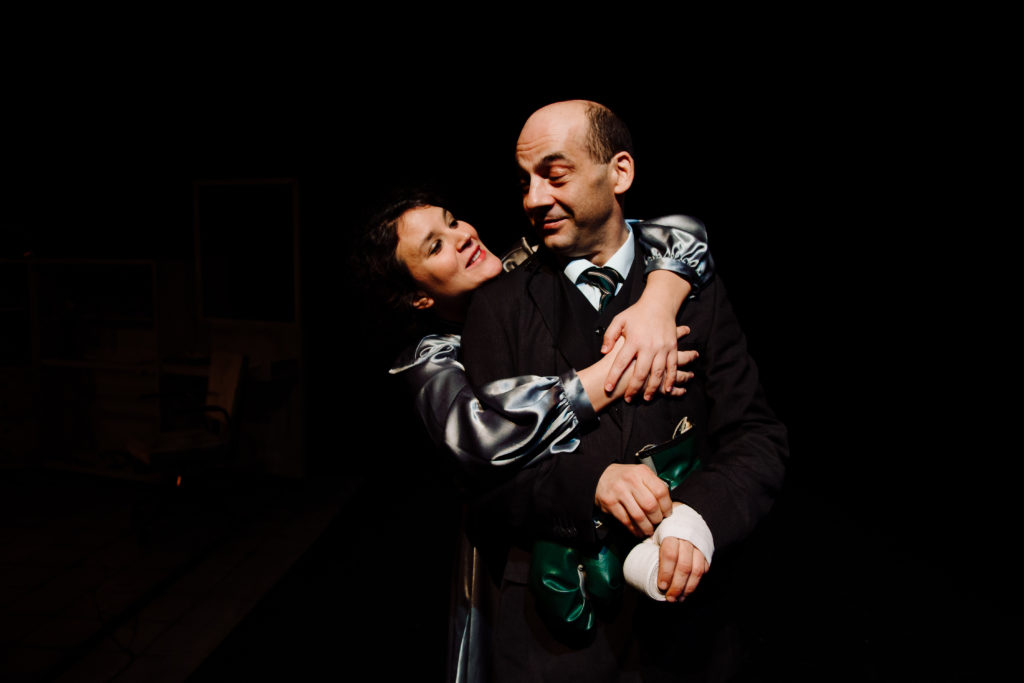 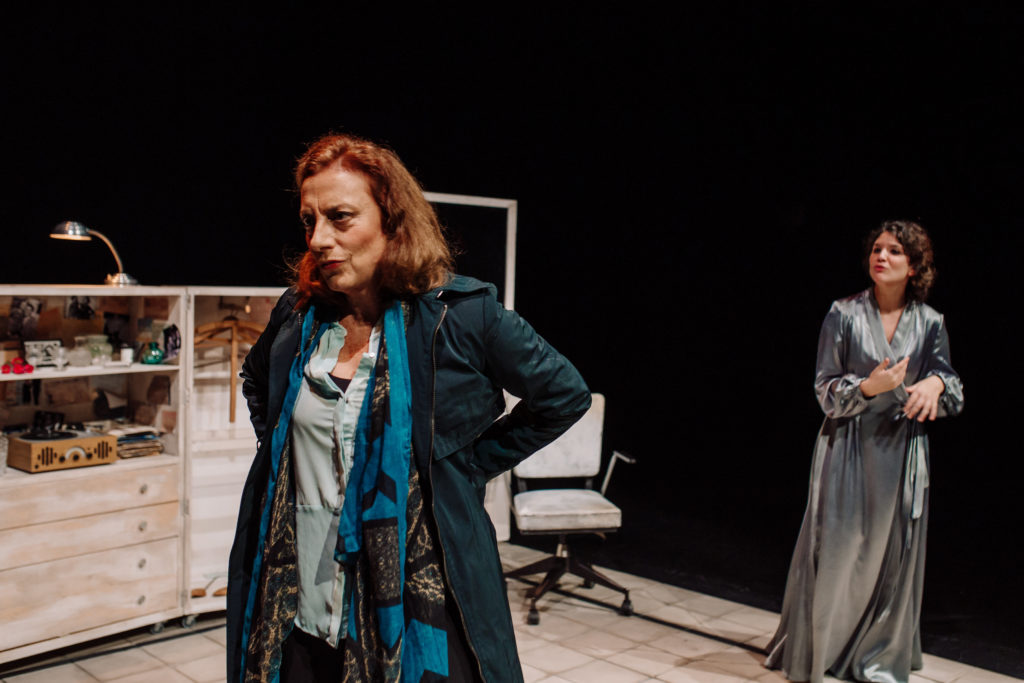 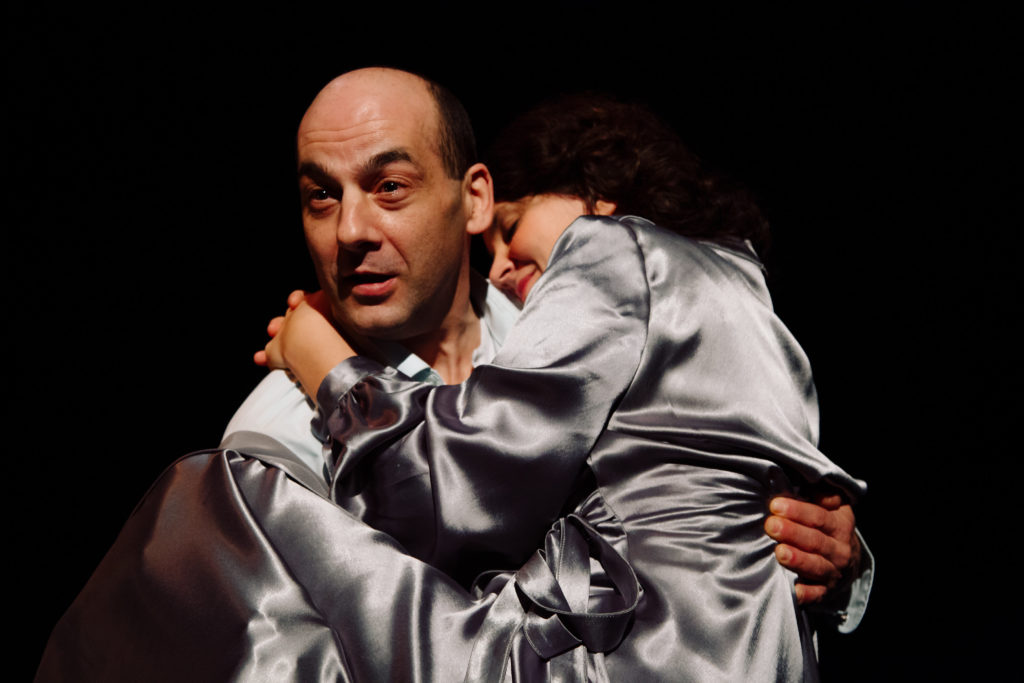 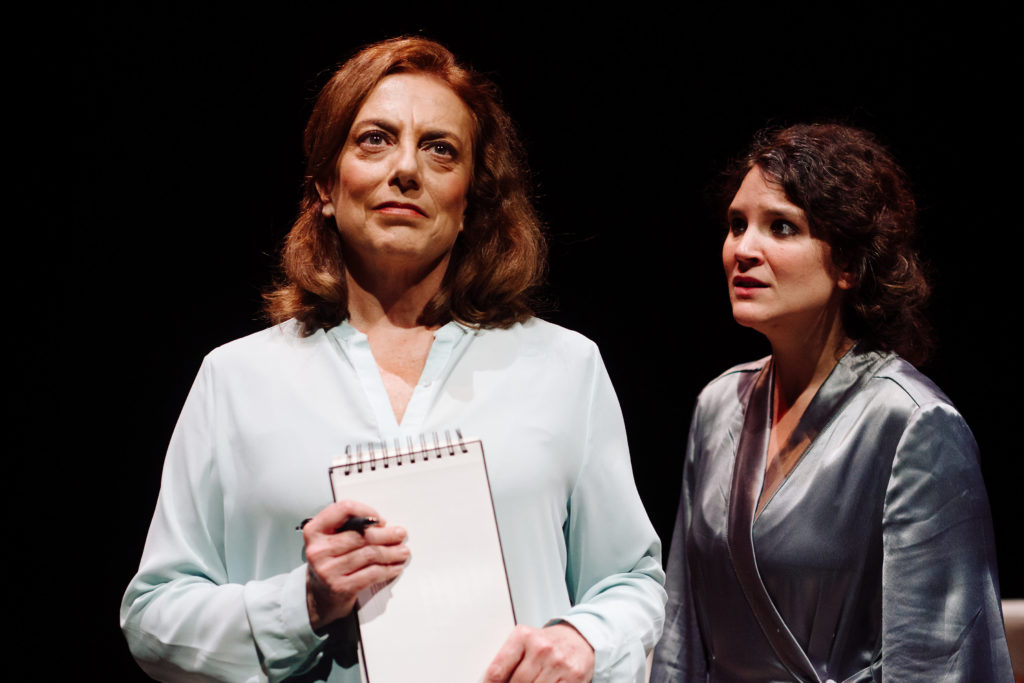